The storms of life prove the strength of our anchor. 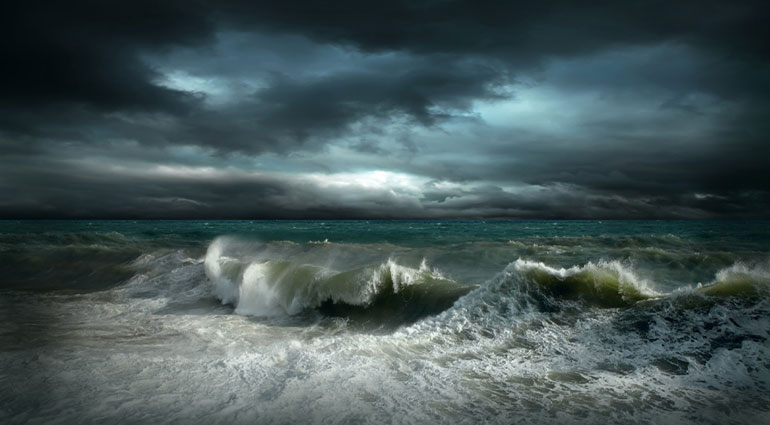 When I am continuously being battered by the storms of life, and my very spirit is ebbing away, then all I need to do is hang onto that gift called ‘Faith’, that one support which will weather the storms. Faith does not depend on a clever head, only belief: belief in the God of the universe and the strength that lies within Him. Faith is the essence of things hope for the evidence of things not seen.

We can draw on the experience of others who have been through similar circumstances and have come through by placing their first in Christ, recognizing that on their it was impossible to overcome their storm of life.

Mark 4:35-41 tells us about a stormy experience the disciples passed through with Christ.

“That day when evening came, he said to his disciples, “Let us go over to the other side.”  Leaving the crowd behind, they took him along, just as he was, in the boat. There were also other boats with him.  A furious squall came up, and the waves broke over the boat, so that it was nearly swamped. Jesus was in the stern, sleeping on a cushion. The disciples woke him and said to him, “Teacher, don’t you care if we drown?”

He got up, rebuked the wind and said to the waves, “Quiet! Be still!” Then the wind died down and it was completely calm.

He said to his disciples, “Why are you so afraid? Do you still have no faith?”

They were terrified and asked each other, “Who is this? Even the wind and the waves obey him!”

No one is exempt from the storms of life. But just as the disciples who initially feared the storm later came to revere Christ more, so the storms we face can bring us to a deeper knowledge of God.

I think the lyrics of this song says a lot about the storms and life and how to weather them.  Til the storm passed over.

In the dark of the midnight have I oft hid my face While the storm howls above me, and there’s no hiding place ‘Mid the crash of the thunder, Precious Lord, hear my cry Keep me safe till the storm passes by.

Many times, Satan whispered, “There is no need to try For there’s no end of sorrow, there’s no hope by and by” But I know Thou art with me, and tomorrow I’ll rise Where the storms never darken the skies.

When the long night has ended and the storms come no more Let me stand in Thy presence on the bright peaceful shore In that land where the tempest, never comes, Lord, may I dwell with Thee when the storm passes by.